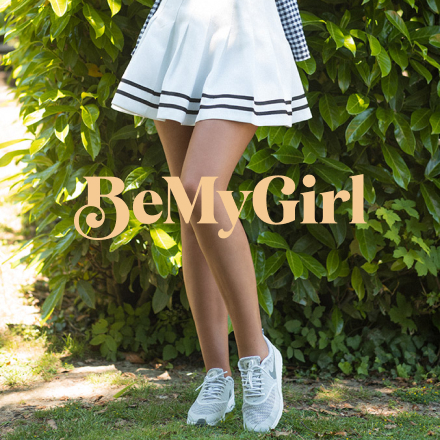 Advertising for an escort site offends a parent-teacher association.

It is difficult to distinguish if it is a cow or a goat udder (it is a goat in this case). The lascivious pause of the young woman who "drinks" directly from the udder is, on the other hand, rather explicit. And refers to the codes of pornography. Normal: it is an advertising poster for the escort site Bemygirl. After having been refused in the basement of the Mont-Blanc parking lot as well as on the city's billboards, Elise's advantageous curves are now displayed as stickers on poles in Carouge or in the Old Town. As well as on the body of a huge 4X4 that regularly drives through the Eaux-Vives.

This is enough to shock the Bois-Caran parents' association. "These obscene and degrading posters of the female condition, are an incitement to the sex market, to which the youth should not be subjected", says indignantly the president, Caroline Selvatico. What shocks is the image but also the QR code that accompanies it. "By scanning it with his smartphone, a teenager finds himself on an escort site. All he has to do is say he's 18 and over to access pornographic images," the mom continues. "We are not naïve, we know that these contents are accessible, but from there to the point that children are exposed to them in the street!"

An opinion that the City of Geneva shares. "These posters are very vulgar. They have no place in the public space", says the administrative councilor in charge of this file, Marie Barbey-Chappuis. Based on the fact that this advertising campaign violates the cantonal law on advertising processes, the removal of the posters was ordered. Three fines were imposed on BemyGirl! "If it does not comply, new and more consequent fines will be pronounced", warns the magistrate.

On its side, Bemygirl has appealed against these sanctions, relying on "the freedom of trade" and on the fact that "stickers on company vehicles do not require specific authorizations." Regarding access to the site via the QR code, the person in charge of the platform specifies that the age of the person is requested. "If she is a minor, she is directly redirected to the clip of the Three Little Pigs by Henri Dès." Recalling the proliferation of images of naked girls on social networks and therefore on the smartphones of teenagers, Bemygirl denounces "the hypocrisy" of the authorities and parents.